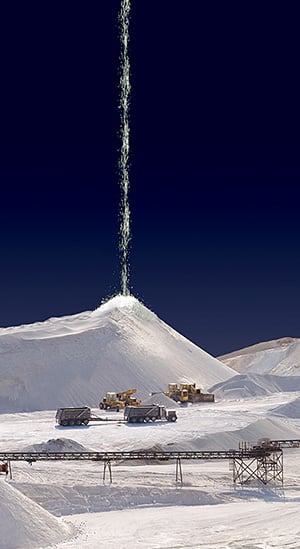 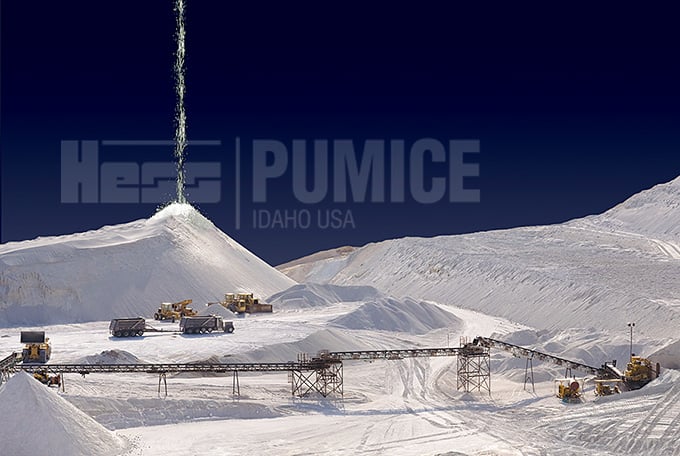 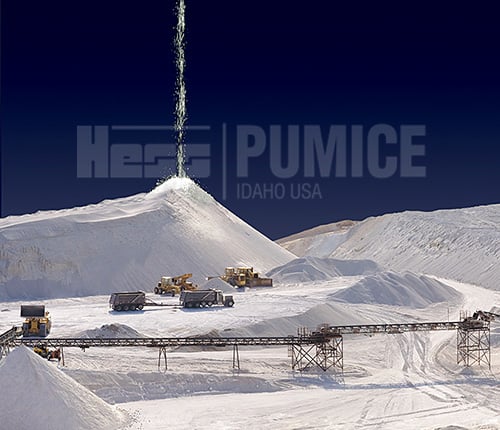 Hess has been continuously supplying pumice products to industry for more than 60 years.

About Us: The Hess Pumice Story

Hess Pumice Products, located in southeastern Idaho in the community of Malad City, is a mining and processing operation specializing in the extraction and refining of high-quality pumice. 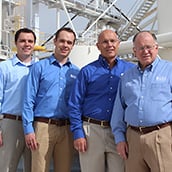 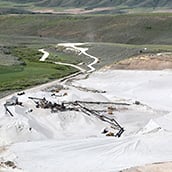 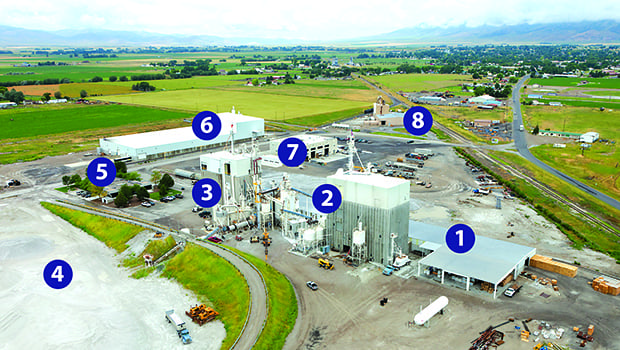 3  •  The Hess Wright Creek Area pumice mine, opened in 1958 to supply pumice aggregate for concrete block, now provides pumice products to industry around the planet.

Hess Pumice, favored by nature with a vast reserve of exceptional pumice—as high in quality, brightness, and purity as any available commercially—is dedicated to the highest standards of refinement, graded accuracy and quality control. This, coupled with our commitment to efficient, responsive “On Spec - On Time” customer service, makes Hess a world-class pumice supplier, able to provide pumice product at almost any specification for almost any need.

In continual operation since 1958, Hess Pumice operates production facilities equipped with the most effective refining technologies and machinery.

Hess Pumice has a stable source of supply, an exclusive focus on producing precisely controlled industrial grades of pumice, and the logistical expertise to ship pumice anywhere on the planet. This focus has made Hess Pumice the world’s leading supplier of highly refined pumice products.

Hess Pumice Products was founded on good fortune and nurtured by hard work and optimism. It all began when founder Marion Hess’ construction business went bust. He took what equipment he had left, and with the encouragement of a nearby farmer, dug up an area where the farmer couldn’t get anything to grow. Marion ripped up a quantity of the white volcanic pumice rock and shipped it to a Salt Lake City company who bought it—and much more—to use in lightweight concrete block.

Hess’ sales took off when Marion’s son Marvin, a newly-minted engineering graduate of the University of Utah, discovered that the television industry was buying fine-grade pumice for use in polishing and finishing television screens. His father’s pumice deposit certainly fit that need. Exceptionally, it turns out. It was quickly evident that the pumice coming out of Malad City, Idaho was the best in the world, as it was chosen by manufacturers worldwide, even by those who had a local pumice supply nearby.

In 1971 Marvin designed a small pilot plant inside a converted diesel shop and he and his father began the process of developing and refining a fine-ground pumice product. They tirelessly refined and tweaked their process and gradation capabilities to the extent that Hess Pumice became the market choice for the television glass industry. With this growing capability to produce expertly refined, tightly-graded pumice, Hess entered the global market in the late 80s.

Hess Pumice quickly grew to dominate the world market for industrial abrasives, even in Japan, which had its own pumice producer, becoming the sole supplier to the screen glass division of NEC.

A large production facility was constructed in 1986, with a second built and placed into operation in 1996. Each plant is equipped with the latest tech and machinery for the production and packaging of over 70 pumice grades.

Hess Pumice continues to thrive by holding tightly to the principles that made them a world leader: produce a high-quality pumice product, meet customer specifications, and do it consistently and on time.

The quality of our pumice deposit has been foundational to the growth and global market position of Hess Pumice.

In the southeast corner of the State of Idaho, 23 miles northwest of Malad City, lies a vast reserve of white, naturally purified pumice that is in demand all over the world. That demand is the result of two factors: the quality and brightness of the pumice deposit, and the expertise of the company that mines and refines it.

The pumice deposit is located on the shoreline of an ancient inland sea known as Lake Bonneville, a vast freshwater lake that once covered much of North America’s Great Basin region (most of Utah and parts of Idaho and Nevada). Today, the Great Salt Lake is all that remains of Lake Bonneville.

The volcano that produced the pumice is about a mile to the north of the mine. The volcanic ash (pumice) fell into the lake, where relentless wave action washed and stratified it. This centuries-long process purified the pumice, removing the undesirable heavy minerals that are often found in pumice deposits.

Upon the foundation of this exceptional pumice deposit, Hess Pumice Products built the efficient processing methods and the grade-development expertise relied on by industry worldwide.

Three factors point to a exciting and sustainable future for Hess Pumice:

The Wright Creek Area pumice mine (northwest of Malad City) has a confirmed yield of millions of tons of available pumice.

The company is family owned and managed, with the fourth generation already on the job and executing day-to-day operations.

Hess continues to invest in innovative processing methods and capacity while actively seeking new markets for this exceptional pure and white pumice.

For example, Hess developed five microfine pumice grades (NCS 3, 5, 8, 10, and 12) for the fillers and extenders market, with applications in the paints and coatings as well as the rubber and plastics industry.

Hess pumice is a key component to the development of a highly-engineered replacement for the fracking sand critical to the oil and gas well fracturing process.

And Hess is leading the way in the renaissance of pumice as a natural pozzolan to super-charge modern concrete strength and durability, having commissioned extensive pumice pozzolan research studies to establish the significant performance enhancements of adding pumice pozzolan to a concrete mix design.

Inspired by the incredible versatility of pumice, Hess continues to explore applications for pumice in diverse industrial process arenas and as a functional component in consumer products.

We know pumice. We’ll answer your questions, help determine the ideal grade for your needs, get you sample grades for testing, or help figure out the logistics of getting pumice to you.

© Copyright Hess Pumice Incorporated.
See the LEGAL PROVISIONS regarding this site and all other Hess Pumice-branded sites.